Everyone (well, almost) has a cellphone or three in Uganda 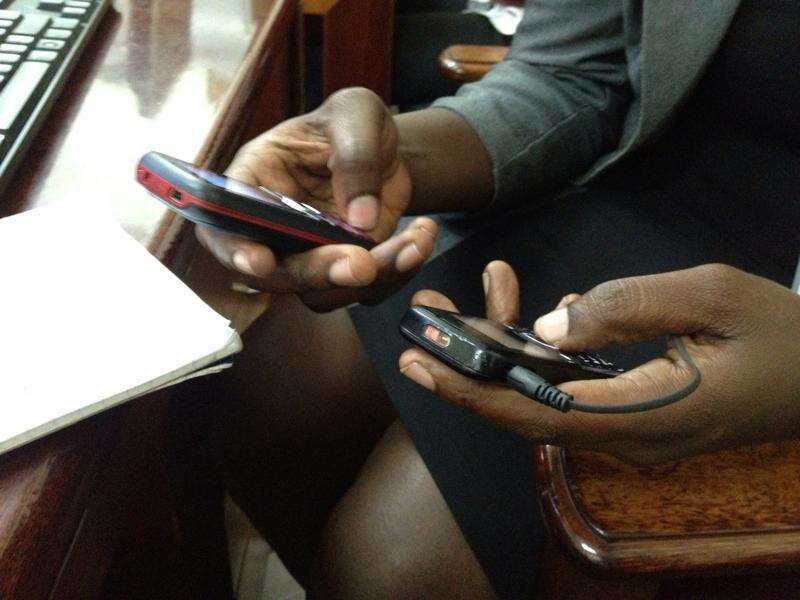 My colleague at the Daily Monitor, Mercy Nalungo, borrows my cellphone because all three of hers had run out of purchased minutes. Cellphone use is widespread in Uganda, and many people own several phones to maximize their dollar so that they can call across telecom providers for less money.
AMY MAESTAS/Durango Herald 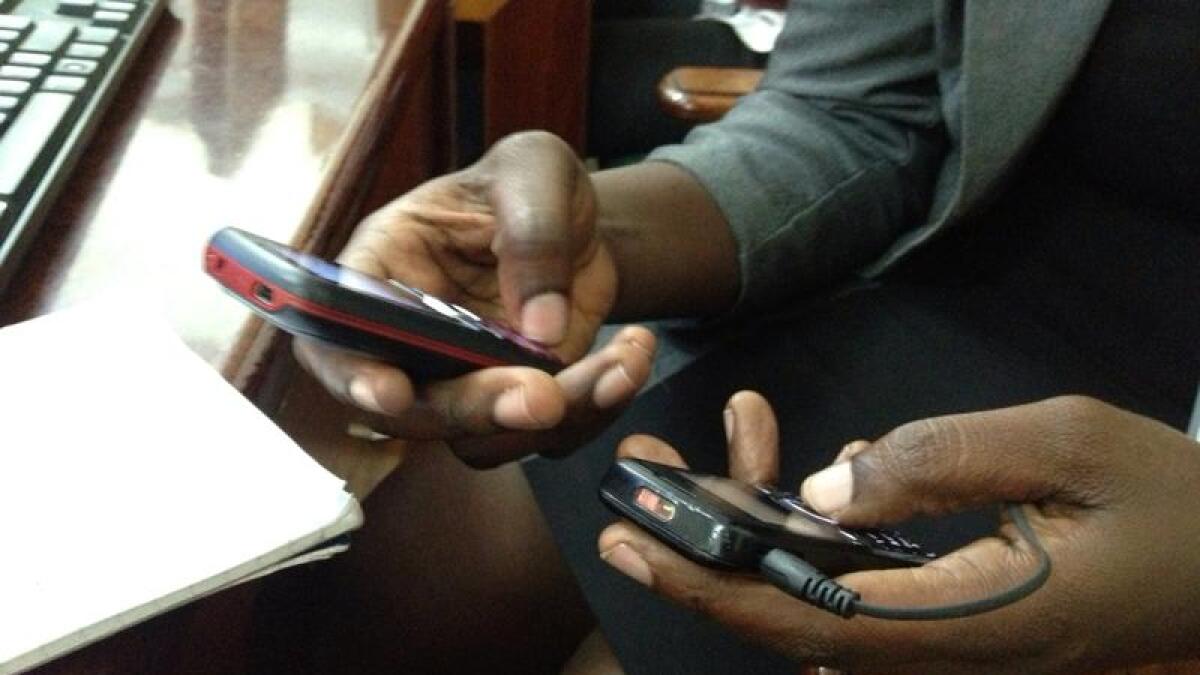 My colleague at the Daily Monitor, Mercy Nalungo, borrows my cellphone because all three of hers had run out of purchased minutes. Cellphone use is widespread in Uganda, and many people own several phones to maximize their dollar so that they can call across telecom providers for less money.
AMY MAESTAS/Durango Herald

With increased cellphone usage in Africa has come increased access to social media. One report published last year warned that the rapid growth of the communication tool could lead to more violent conflict. This recent tweet on Twitter from Congolese rebel group M23 shows how militias can be hidden in rural areas but still get their messages out to the masses.
AMY MAESTAS/Durango Herald 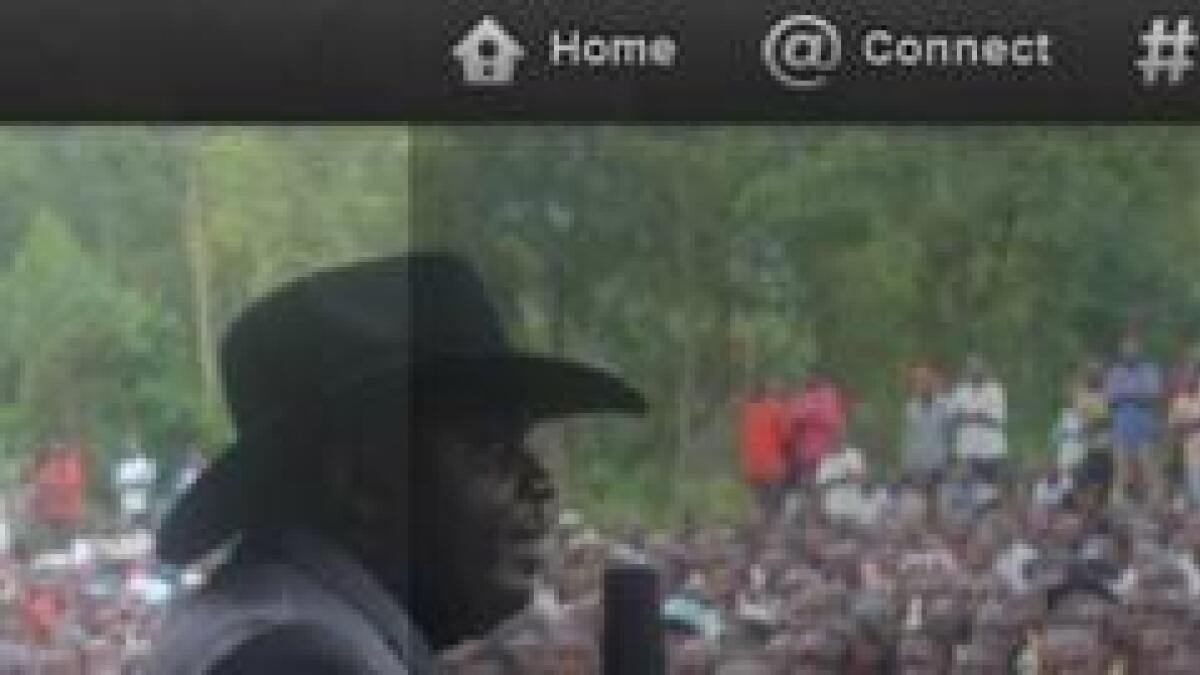 With increased cellphone usage in Africa has come increased access to social media. One report published last year warned that the rapid growth of the communication tool could lead to more violent conflict. This recent tweet on Twitter from Congolese rebel group M23 shows how militias can be hidden in rural areas but still get their messages out to the masses.
AMY MAESTAS/Durango Herald

Kampala, Uganda – Never mind the Internet, where’s the nearest cell phone tower? That is what’s most important to people in Africa, especially Uganda, where a huge part of the population has not just one cellphone but always two and sometimes more. For a developing country, I have been surprised not only at the widespread use of cellphones but also the extent of coverage. Even in rural villages far away from a city, you can almost always get a cellphone signal. Those of us who live in rural Colorado have much to envy.

The extent of cellphone usage and ownership in this country deserves noting for a few reasons.

For one, people own multiple cellphones because they buy them from different providers to save money when calling people in a specific provider’s network. The biggest providers in Africa are MTN, Orange, Waried and Airtel. If someone buys a phone from Airtel, the calls she makes to Airtel phone numbers are considerably cheaper than ones she makes to, say, MTN. So, she’ll buy a phone from MTN also. And probably even buy a phone from Orange. (You can buy a phone for as little as $7, which I did, since Chinese phonemakers have flooded this market. So now I actually have a Ugandan telephone number. Call me if you’re in town – we’ll have tea!* Smartphones, however, are quite expensive. A Samsung Galaxy will cost more than $1,200.)

Each phone has its own telephone number, provided by a SIM card you have to buy. So when you ask a Ugandan for his or her cellphone number, you always get two and almost always three. Then you set about calling each number until you reach the person. Which brings me to my cellphone frustration here: Few people set up their voicemail feature on their phone. I have yet to call a person and get their voicemail if he or she does not answer. That means you call people repeatedly, which makes me feel stalker-ish.

Unlike in most other countries, when you buy a cellphone, you aren’t required to buy a contract with the provider. In fact, they don’t offer them. Instead, you buy calling cards with a certain amount of minutes. You then load those minutes onto your cellphone. This explains the proliferation of “kiosks” throughout the country, even in the remotest of areas where there isn’t even electricity. Everywhere you turn someone is selling phone cards. Run out of minutes while sitting in a frustrating Kampala traffic jam? Just summon a street hawker who is skillfully running in and out of traffic to your car and buy more minutes. Or, as I have encountered a couple of times, ask someone to borrow her phone and promise to pay her back when you buy a card.

Smartphones are not as common as old-school phones. But even those old-school phones let you access Facebook (nice market penetration, Zuckerberg), Yahoo! news and a radio. Many Ugandans get their news by listening to the radio as they travel in a busy city.

It has been interesting to me to see how even some of the poorest Ugandans own cellphones. Often, it doesn’t matter if it’s a businessman outside his office or a resident of a slum, odds are, the person has at least one cellphone.

The proliferation of phones is changing the ways Ugandans – and Africans – live. Researchers report that at least 650 million people in Africa use cellphones. That is more than half of the population of Africa. Ten years ago, that number was 54 million. The growth has helped farmers make connections with buyers. For example, microfinance group the Grameen Foundation, leases smartphones to Ugandan farmers so that they can receive information critical to their success, such as weather forecasts, planting advice, market prices, disease threats and more. Farmers who receive the information from cellphones can then share it with their neighbors.

It has also prompted many NGOs expand their services because it’s another way of communicating with the disenfranchised. UNICEF has provided information about how cellphones are used to track information about diseases and what help is available to the afflicted. Even something as simple as text messaging has revolutionized some services. Time magazine wrote: “In developing nations, the simple text message represents a quantum leap in connectivity.”

There are countless stories from Uganda about how cellphones have markedly changed peoples’ lives. But underneath those stories is a growing worry that cellphones may also make violent conflicts worse. Now that the Lord’s Resistance Army has reportedly been flushed out of Uganda, the country has relative stability when it comes to rebel conflict. But it and other African countries are concerned that rebel groups could use the technology to carry out conflict. Much of the alarm came from a report issued last summer by the German Institute of Global and Area Studies and Duke University, which said availability of cellphone coverage greatly increases the probability of violent conflict. According to the report: “Cellphone technology can increase the ability of rebel groups to overcome collective action problems. In particular, cell phones lead to a boost in the capacity of rebels to communicate and monitor in-group behavior, thus increasing in-group cooperation. Furthermore, cellphones allow for coordination of insurgent activity cross geographically distant locations.”

Access to social media via cellphone has played a significant role in rebels getting their message out and mobilize their followers. During my time in Uganda, I’ve closely followed the militia group the Congolese Revolutionary Army, more widely known as M23. Active mainly in Congo, the group uses Twitter extensively to inform its followers (but necessarily adherents). Several times in the last couple of weeks the group has tweeted about spontaneous activities and press conferences in coordinated in Kampala.

Still, researchers believe that cellphone availability in Uganda and other parts of the continent is one of the most positive developments for the emerging markets, and it may well just be the means of communication that is a key part of the answer to political stability and reduction of poverty. 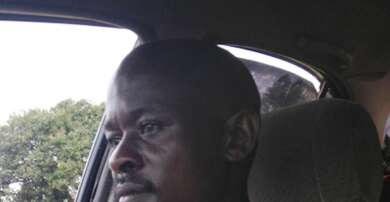 Organic farming is small business in Uganda right now, but it has its sights set on joining the global movement 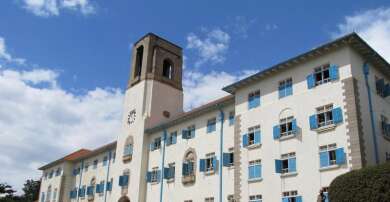