DENVER – Parents who don’t want to vaccinate their children should have to sit through an education session first, a state task force recommended Tuesday.

Colorado has more kids who skipped their vaccines than any other state during the 2012-13 school year, according to the Centers for Disease Control.

Still, task force members didn’t want to end the personal-belief exemption. Instead, the majority recommended an educational session on the benefits and risks of vaccines.

“The personal-belief exemption policy should strike a balance between individual rights and our responsibility to protect public health,” Dr. Larry Wolk, executive director of the Colorado Department of Public Health and Environment, said in a news release. “We appreciate the thoughtful recommendations of the work group.”

Theresa Wrangham was a dissenting member of the task force. As executive director of the National Vaccine Information Center, she says education on the risks and benefits of vaccines is important for everyone, not just people who choose to skip getting shots.

However, she thinks the task force’s plan would penalize parents for making choices about their kids’ vaccines.

“That’s not education. That seems like more of a coercive tactic,” Wrangham said.

The task force also recommended that individual schools and child care centers reveal to the public the rates of vaccination for their students.

It would take a change in state law by the Legislature to require parents to sit through an educational session before they exempted their kids, Herlihy said. The health department has not adopted the task force report as its official policy, and department leaders will decide during the next few months whether to lobby the Legislature for changes.

The health department has found that states with exemption policies such as Colorado’s have more kids with preventable diseases, and those kids can put others at risk of disease if enough parents in one school exempt their kids.

Pertussis, or whooping cough, can be prevented with a standard vaccine. But in 2012, Colorado had a major outbreak, with 1,494 reported cases.

Wrangham, though, said the state has not reported how many of those pertussis patients were vaccinated.

About 15 percent of Colorado students don’t get their standard vaccinations, which cover diseases such as measles, whooping cough and chicken pox.

Mississippi has the country’s highest vaccination rates – nearly 100 percent. It does not allow exemptions for personal or religious reasons, according to the CDC.

This story has been corrected since its original publication. 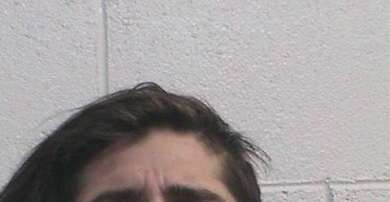