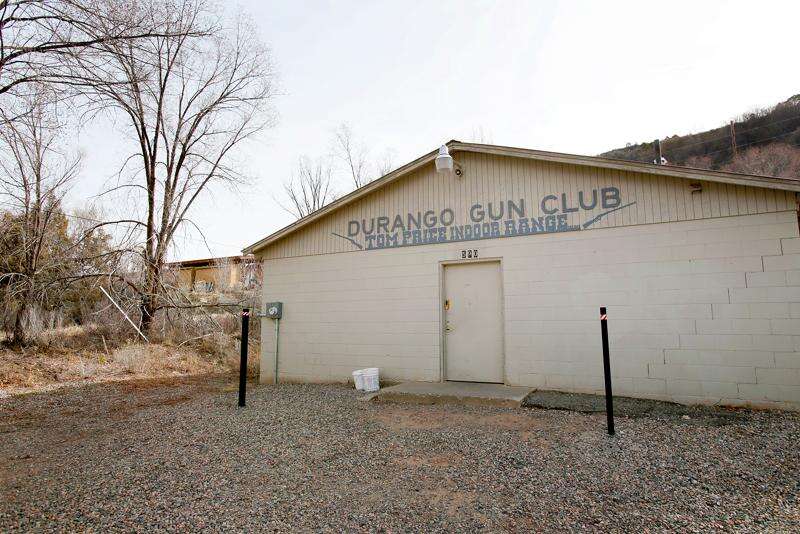 A letter from the city of Durango has informed the Durango Gun Club it must drop a new requirement its 700 members join the National Rifle Association or vacate its premises on city-owned land off Florida Road.
SHAUN STANLEY/Durango Herald 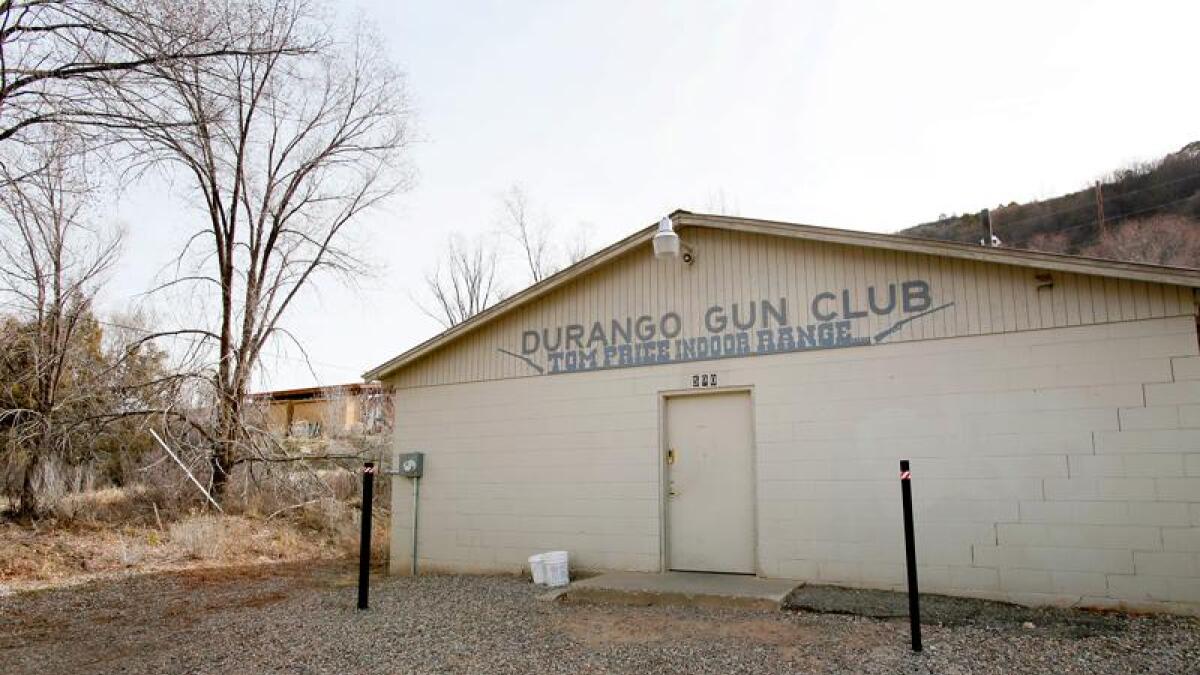 A letter from the city of Durango has informed the Durango Gun Club it must drop a new requirement its 700 members join the National Rifle Association or vacate its premises on city-owned land off Florida Road.
SHAUN STANLEY/Durango Herald

The city of Durango has given notice to the Durango Gun Club: The nonprofit must either abandon its new requirement that each of its 700 members join the National Rifle Association, or the club must vacate its Florida Road premises, which the club has leased free from the city since 1963.

The club’s president, John Malarsie, could not be reached for comment by phone, and its information officer, Marc Vetri, did not respond to emails requesting comment.

In late February, Joe Perino, secretary and treasurer of the club, said the decision to require members to belong to the NRA was financial, not political. Being a 100 percent NRA club makes the local club eligible for NRA grants, he said, allowing it to make much-needed improvements to its shooting ranges.

The club performs many community services, including allowing law enforcement to train there and providing instruction to students.

In the city’s eviction letter, which was addressed to Malarsie, city attorney David Smith wrote that if the club’s NRA “policy is, in fact, in place, it is an objectionable use of public land and must be discontinued. If the Board of Directors of the club choose not to discontinue this policy, this letter constitutes notice to vacate the premises within the next 30 days.”

In the eviction letter, dated March 13, Smith requests that the club’s leadership inform the city of its decision in the next 10 days.

La Plata County Manager Joe Kerby said the county is reviewing whether the club’s NRA membership requirement violates the terms of its lease with the county.

Malarsie wrote, “The political climate has changed very much in the State of Colorado and here in the City of Durango. An uproar has been generated by the local newspaper about the requirement for Club membership. The lease with the city expired on February 1, 2013 and the City put the Club on a year at a time lease until a new City/County range could be built. Based on some letters to the editor and other forces that we are not aware of the Club received a letter from the City Attorney, which gives the Club 10 days to inform the Attorney of the Club’s intent to either retreat from our policy of NRA membership or vacate the premises in 30 days. This to us implies that we are being blackmailed to get us off the property so the City can continue with a planned expansion of their recreational facilities, Ie. (sic) Mountain bike, bicycle park.” Malarsie also said in the letter the club was seeking legal advice.

Smith said the city’s ultimatum to the club – drop the NRA membership requirement or get out – was undertaken amid harsh criticism that the city government was subsidizing political speech at the taxpayer’s expense. He denied that the city was motivated by any desire to requisition the club’s property or expand the city’s recreational offerings.

“We think it’s an inappropriate requirement. If they have reasons for it, we’d be happy to have the discussion, but they didn’t talk to us before they did it,” Smith said in a phone interview Monday.

In his eviction letter to the club, he explained the city’s rationale:

“As I am sure you are aware, the NRA has changed rather significantly over the years and has now become, through the choice of the organization, a symbolic agency for relatively extreme political conservatism. There certainly is nothing inherently wrong with this,” Smith wrote.

Smith said Monday neither the club nor lawyers working for it had so far contacted him.

Mayor Dick White said city staff members had been “blindsided by the issue” and when the council assembled last week, members asked City Manager Ron LeBlanc and attorney Smith to inform the club that its NRA membership requirement was incompatible with its city lease.

“We’d gotten a ton of emails from folks complaining about this,” he said.

He said the council’s conversation had been brief. “This one was a no-brainer. There was clear consensus that this was the appropriate action,” he said.

White said the club’s decision to require NRA membership had forced the city’s hand. “Their motivation was that they can get grants from the NRA – but they are also essentially getting a free grant from the city. We heard quite a strident outcry from the public that this is simply inappropriate because the NRA has essentially become a political organization, putting the city in the position of making a de facto endorsement,” he said.

While the city has taken decisive action, what La Plata County will do about the club remains unclear.

La Plata County Commissioner Bobby Lieb said the county also had been inundated with letters from people complaining that it’s inappropriate for the county to lease public lands to the club for $1 a year if the club is for NRA members only.

Lieb said county commissioners have not yet “formally addressed the issue. But the issue has come up.”

La Plata County Manager Joe Kerby said the county is determining whether the club’s NRA membership requirement violates lease terms with the county. He said he wasn’t aware of any policies that forbid the county from subsidizing explicitly political organizations.

On Monday, he was unaware whether the county leases public land to any other organizations that require members to engage in political activity

The language of the county’s lease with the club is vague compared with the city’s, which specifically prohibits the club from financially benefiting third parties.

Kerby said, “I think the original intent of the contract between the county and the Durango Gun Club was really to provide the community with a place where guns could safely be shot, and gun safety could be taught.”

“I think that intent still exists today. It’s important for gun owners to have a place to shoot their weapons and ensure safety for the entire community,” Kerby said.

Asked whether it was right that only NRA members should benefit from the shooting practice and gun-safety classes offered by the club on public land, Kerby said the county’s lease states the club should benefit members and “the public in general.”

He said “there could be a possible lease violation if members of the public cannot use the same range.”