This year’s Hundred an ‘embarrassment of riches’ 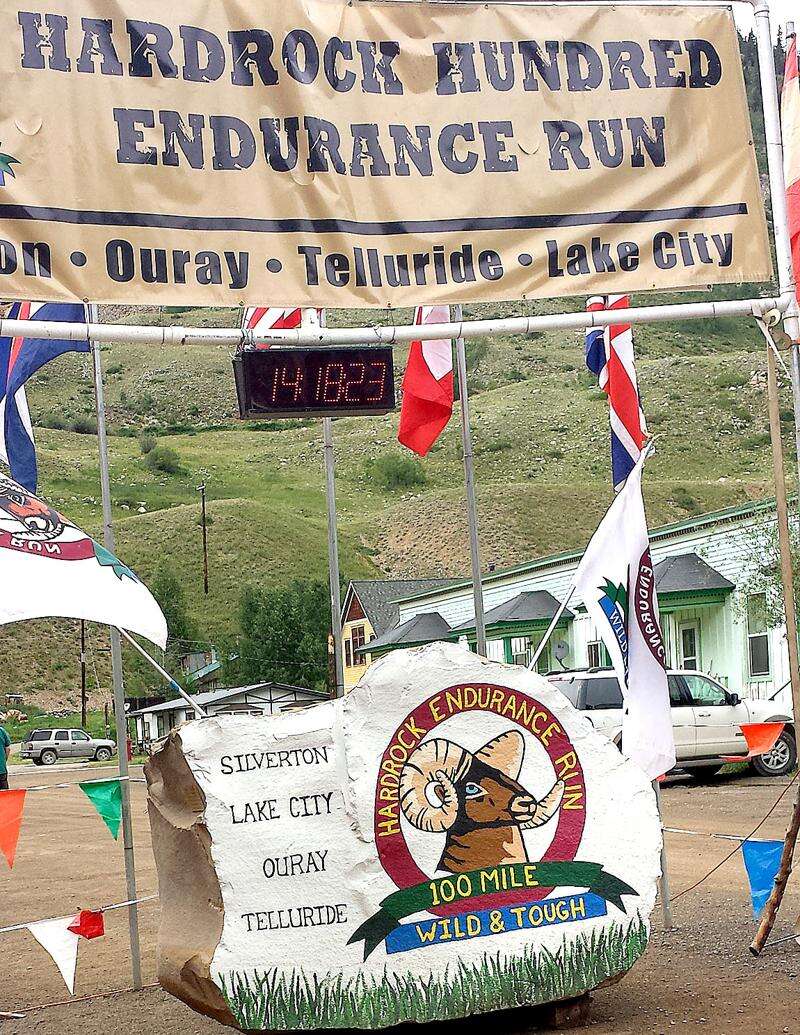 Whoever wins the Hardrock Hundred Endurance Run receives the honor of kissing the legendary rock in Silverton. Hardrock 100 race director Dale Garland, who has run the iconic ultrarunning race for all 21 years, expects one of the most competitive men’s fields ever and a talented but top-heavy women’s field.
John Livingston/Durango Herald 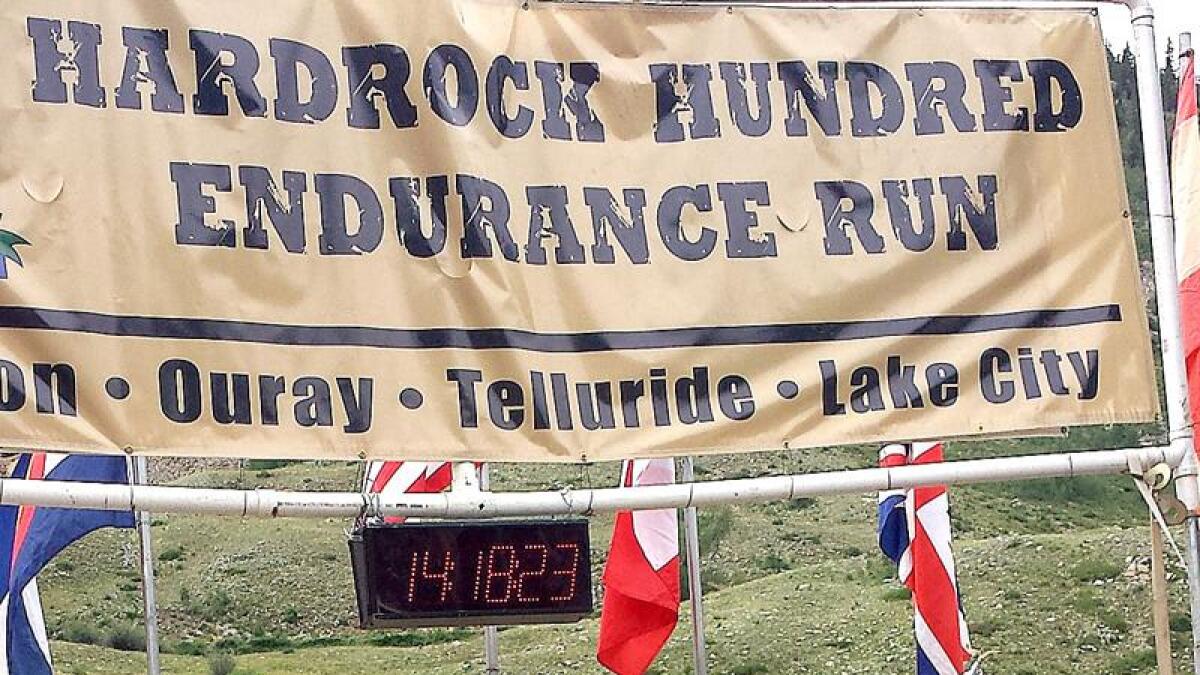 Whoever wins the Hardrock Hundred Endurance Run receives the honor of kissing the legendary rock in Silverton. Hardrock 100 race director Dale Garland, who has run the iconic ultrarunning race for all 21 years, expects one of the most competitive men’s fields ever and a talented but top-heavy women’s field.
John Livingston/Durango Herald

SILVERTON – Only the best ultrarunners in the world have the chance to kiss the rock in Silverton, symbolizing the finish of one of the toughest endurance races there is.

The Hardrock Hundred Endurance Run, the main event of the Rocky Mountain Slam series of 100-mile events, is set to begin at 6 a.m. Friday in Silverton. The race will take the field of 140 runners through Lake City, Ouray and Telluride before returning to where it all began in Silverton.

Runners will compete at an average elevation of 11,000 feet, while climbing and descending a total of 67,984 feet, with a high elevation point of 14,048 feet at the Handies Peak summit.

With a strong field of runners who have experience running the Hardrock 100, race director Dale Garland believes this year’s race could be the fastest ever.

“This is probably the most competitive on the men’s side we have had ever,” said Garland, who has run the race from the director’s chair since its inception 21 years ago. “Given the competitive nature of the frontrunners, I wouldn’t be at all surprised to see the men’s record go down.”

Just getting into the race is a challenge. More than 800 racers apply for the lottery each year, and only 140 can be selected.

But Chaigneau knows this year it will be a different race with the direction changing to clockwise, and the winning time is expected to be even faster. The overall record holder is Kyle Skaggs, who finished the clockwise route in 23:23:30.

Chaigneau is just one of the favorites in the men’s field. With five-time champion Karl Meltzer missing from this year’s race, other runners such as Adam Campbell of Canada, Julien Chorier, the 2011 winner from France, Kilian Jornet of Spain, Tsuyoshi Kaburaki of Japan and Americans Jared Campbell, Joe Grant, Scott Jaime, Ted Mahon and Timmy Olson – and local Durango favorite Dakota Jones – are expected to compete for the top overall prize.

Jones, 23, first experienced the Hardrock 100 as a volunteer at an aid station when he was a student at Durango High School. He quickly fell in love with endurance running and is looking to finish the race for the third time. He finished the clockwise race in 25:45:00 two years ago.

“I think Dakota has to be the sentimental favorite among local folks here,” Garland said. “Anyone who is familiar with Hardrock and Dakota’s story and his connection to Hardrock, which is where he became exposed to the world of ultrarunning, is rooting for him. He has been really successful, this is just the one he hasn’t conquered, yet.”

Chaigneau and many of the other Hardrock 100 runners have been in the San Juan Mountains training for weeks. Jornet has been snapping photos of his training all along the way and posting them to Instagram and Twitter, and Chaigneau has been pacing with Joe Grant, who he expects to stick alongside of for much of the race.

“Running with a lot of friends at a high level makes it a lot of fun,” the 42-year-old Chaigneau said. “I think I will make a lot of the race with Joe Grant. We share the spirit of the race.”

The women’s race will be led by a trio of frontrunners: two-time defending women’s champion Darcy Piceu Africa, four-time champion and women’s record holder Diana Finkel and Sarah McCloskey, who won the 2013 Bighorn 100 and the Wasatch 100, two of the other Rocky Mountain Slam endurance run events.

“It really is a three-woman race from a competitive point of view,” Garland said. “Finkel is the course record holder and always is chasing the men. Darcy has won it twice, and Sarah had a really good fall.”

Garland called it an embarrassment of riches to have so many talented runners who are recognized globally for their accomplishments.

“People from all over the world want to come and run our event and be part of Hardrock. It is something we feel really good about as a run committee,” Garland said. “It is a validation of our efforts.”

On average, 40 percent of the 140 runners will not finish the race. It is a grueling stretch, with athletes running overnight through the dark, powered by headlamps, small flashlights and the small refreshments they pick up at the 13 aid stations on the course.

Runners only have 48 hours to finish, and those who are not on pace are pulled from the course.

Weather always can be a factor at high elevations this time of year, but Garland is confident the monsoons won’t hamper the action.

“The way the pattern is moving, it doesn’t look like there will be long sustained periods of wetness and lightning,” Garland said. “The north facing slopes still have enough snowpack to make it challenging, and the runners still have to go through snow.”

Though Garland expects the overall record could be broken this year, he also sees another way in which the race could take on a slower pace.

“One of two things are going to happen. Either somebody is gonna break the record, or somebody is going to get smart and let the frontrunners beat each other up and pick up the pieces when they get tired,” Garland said. “That might be a good strategy.” 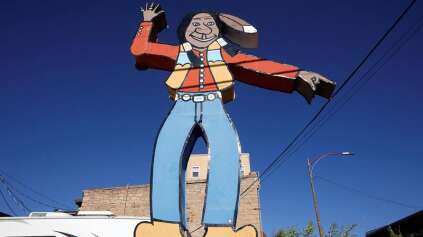 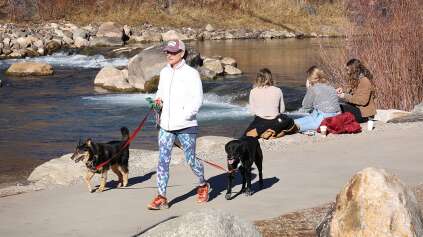