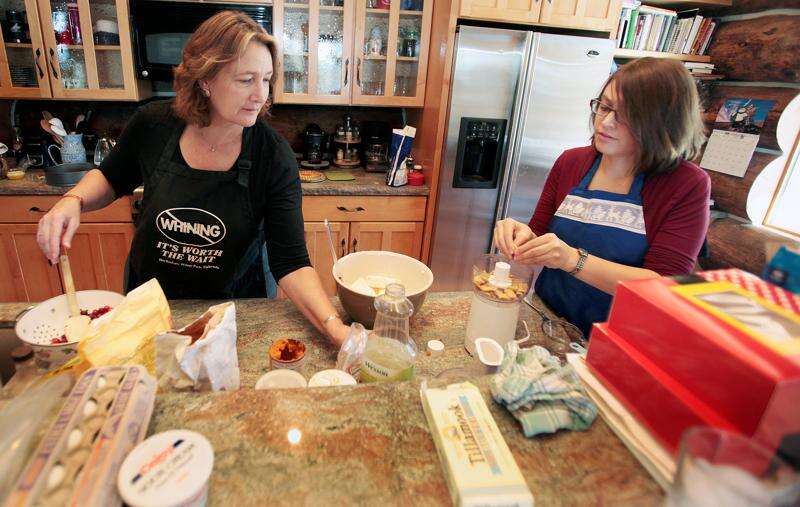 Ellen Roberts, a state senator, bakes on Christmas Eve at her Durango home with her daughter, Caitlin Roberts. Republicans took the majority in the Senate by one vote in November, and Roberts was named Senate president pro tem by her caucus.
SHAUN STANLEY/Durango Herald 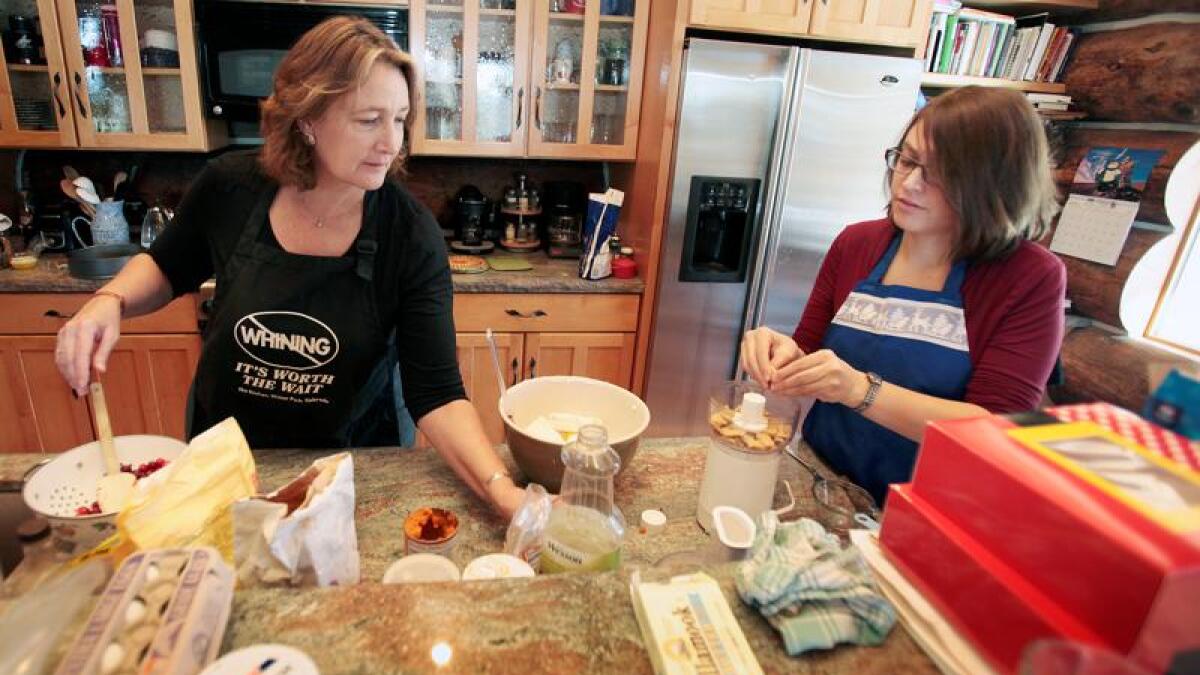 Ellen Roberts, a state senator, bakes on Christmas Eve at her Durango home with her daughter, Caitlin Roberts. Republicans took the majority in the Senate by one vote in November, and Roberts was named Senate president pro tem by her caucus.
SHAUN STANLEY/Durango Herald

DENVER – As Sen. Ellen Roberts heads into her final four years under the gold dome, she has a lot resting on her shoulders.

The Durango Republican was named Senate president pro tem by her caucus after winning re-election unopposed in November. She was also named chairwoman of the spirited Judiciary Committee, where a flurry of often-controversial bills land for debate.

For a lawmaker who already flies roundtrip an estimated 40 times a year from Durango to Denver, the pressure is nothing new – it’s just a bit more pronounced as she heads into her ninth year.

“It’s a killer if you’re trying to balance a job,” said Roberts, an attorney. “A lot of us would like to spend some time with our family before we get sucked into the vortex known as the session.”

But she said her dedication has never wavered, and she remains committed as she heads into 2015 facing a different climate in the Legislature.

With Republicans taking the majority in the Senate by one seat, and Democrats hanging onto the House by a narrow majority, the split Legislature could turn into a contentious body where bills go to die.

But Roberts is hopeful that Senate Republicans will prevail this year in changing the direction of the Legislature. The GOP criticized majority Democrats for an “over-reach” during the past two years, which included controversial gun-control measures, an elections overhaul and a rural renewable-energy standard, among other hot-button issues.

In the midst of those debates, Republicans accused Democrats of limiting public testimony and shutting out rural communities.

One example, Roberts said, was a measure she pushed earlier this year that would have allowed rural counties to change the method of election so that a commissioner could be elected by voters in their district, not throughout the county.

The measure was killed in two separate years. Last session, it made it through the Senate, but a House committee killed the measure. Roberts felt it should have made its way to both chambers for floor debate.

“There were a number of bills that I thought should at least get to the floor of the chamber I was in, if not for passage, at least for education of all members of that chamber, but they got killed,” Roberts said.

With two major leadership roles in the upcoming session that begins Jan. 7, Roberts said she will have to take a more statewide view, while still balancing the needs of Senate District 6.

“Clearly, I still have, front and center, to represent my district. But now, alongside that, I also have responsibilities as leadership in the caucus. So, greater statewide perspective is called for when you’re in leadership,” she said.

Just as significant, Roberts will have to herd a diverse group of political perspectives from colleagues and the public on the Judiciary Committee.

Her committee is expected to hear several high-profile bills in 2015, including measures addressing law enforcement in the wake of the recent events in Ferguson, Missouri, and Staten Island, New York, where grand juries refused to indict white police officers in the deaths of unarmed African-American men.

Bills are also expected around the controversial subject of marijuana enforcement, and Judiciary could also see a measure that would legalize physician-assisted suicide, if the bill lands there instead of a health committee.

With six previous years of experience on Judiciary, Roberts said she is ready. She believes her work on an emotional committee addressing the devastating Lower North Fort Fire prepared her well.

“That was highly emotional and filled with perplexing issues, so I feel like as difficult as that was, it was a good experience for what I expect to go through this next session,” Roberts said. “I don’t feel like a complete neophyte.”