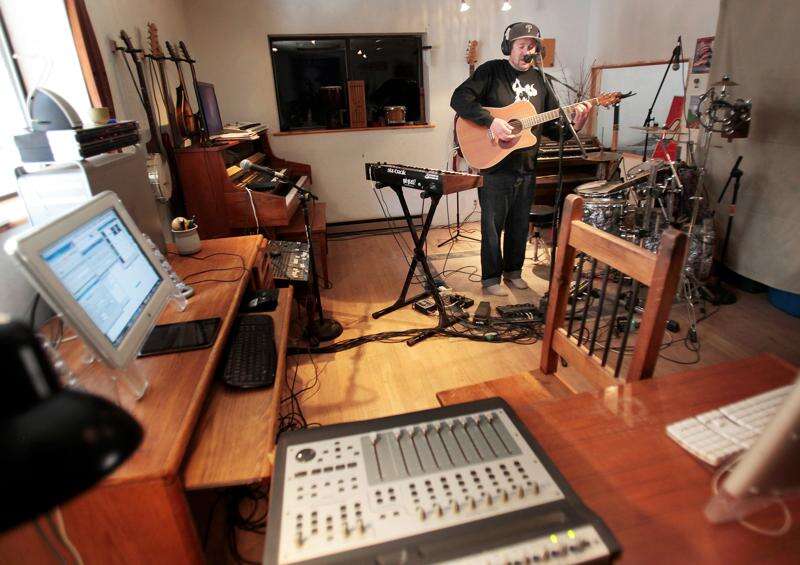 Eric Keifer, also known as Oblee, has found professional growth both through collaborations and by finding an audience online. Keifer, at his home studio Thursday, is recording a mix of his new song, “The Storm.”
Shaun Stanley/Durango Herald 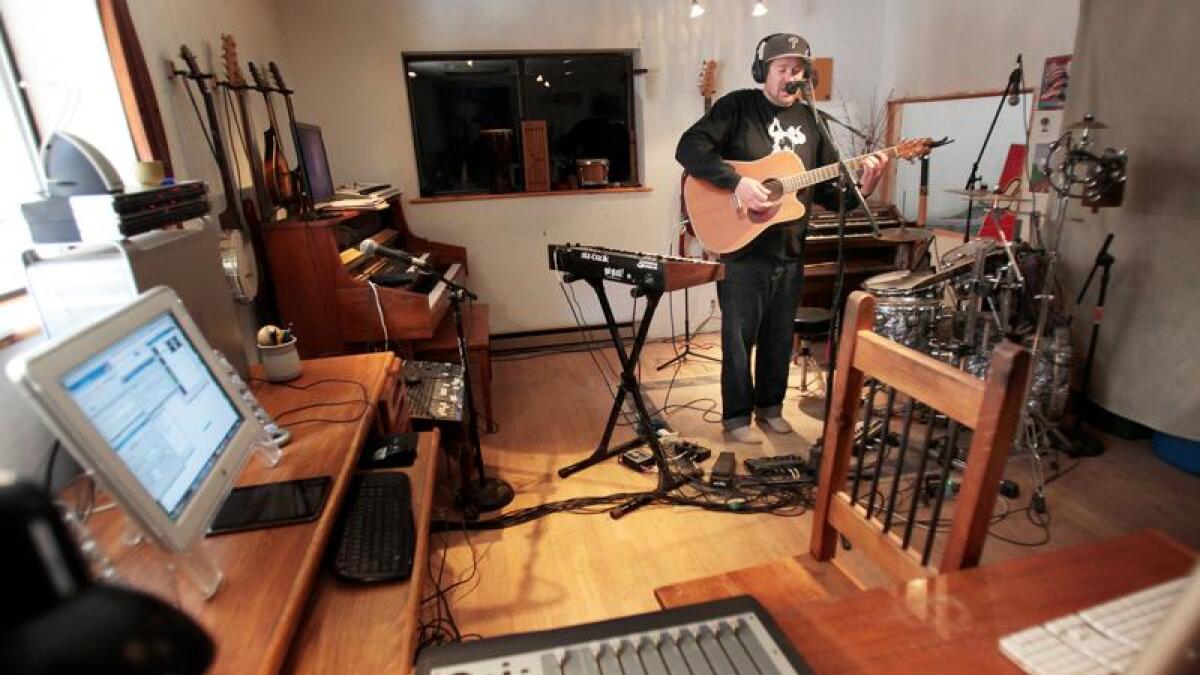 Eric Keifer, also known as Oblee, has found professional growth both through collaborations and by finding an audience online. Keifer, at his home studio Thursday, is recording a mix of his new song, “The Storm.”
Shaun Stanley/Durango Herald

From a small home studio in Wildcat Canyon, Eric Kiefer plays music around the world.

A former member of local bands Aftergrass and Dialogue, Kiefer has taken his solo act as Oblee to online forums, such as Second Life.

Streaming-music services allow him to broadcast a complete piece of music live online. Kiefer sings and plays synthesizer, guitar and drums; a looper puts it all together.

He’ll often work with other musicians around the world. Last week, he was planning a session with a drummer in Spain. The drummer takes Kiefer’s stream, adds drums and rebroadcasts the dual streams to listeners.

Some live shows Kiefer plays through Second Life can garner $100 in tips, about as much as he might earn for a set at a downtown bar – and with less hassle.

Many of his fans are in Asia. Yes, he’s big in Japan.

Second Life has faded as an advertising platform in recent years, Kiefer said, leaving a thriving music community behind. Kiefer joined around 2007 and steadily built a loyal audience of online listeners.

“I’ve built a fan base that wants me to play original music,” he said. “They don’t ask me to play ‘Freebird’ – unless it’s April Fools Day, and then I’ll do it.”

Kiefer, 39, grew up on a tree nursery near Philadelphia and comes from a musical background. His father holds a doctorate as a pipe organist.

Kiefer learned to play piano in his youth and steadily added other instruments. He moved to Durango in 1995.

Online broadcasting has enabled Kiefer to play to more fans without leaving Durango.

“It’s a great way to find an audience far away from your local type of venue in the region where you live, but it’s also a great way to be a musician and not deal with being in a bar,” said Bryant Liggett, station manager at KDUR, the radio station at Fort Lewis College.

Kiefer was in Aftergrass for about eight years before members started having kids and going their own ways. Touring became a grind, and sometimes the band would struggle to break even on tour, Kiefer said.

“For an indie musician, touring is prohibitively expensive,” he said. “The bottom rung of the music industry is hard to get off of.”

He hasn’t given up playing publicly, though. Kiefer frequently plays the Balcony Bar & Grill and in Vallecito during summer. He had a gig last summer playing covers at The Glacier Club.

Kiefer isn’t getting rich on Second Life. But between the public shows and online tips, Kiefer was able to finance his first solo album as Oblee, called “Wow, Bob, Wow.”

For his Second Life shows, Kiefer plays from the comfort of his home studio. He sets up a camera, so fans can watch him play.

Kiefer will sometimes waken early for a 6 a.m. set for his fans in Japan. As Oblee in Second Life, his avatar is a wooden puppet.