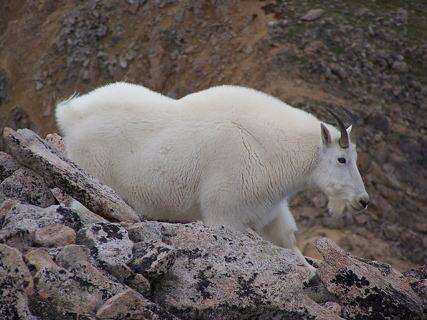 Rising temperatures are threatening the habitat of the American mountain goat, such as this one seen on Colorado’s Mount Huron.
Courtesy of Robert Shepherd/Wikimedia Commons 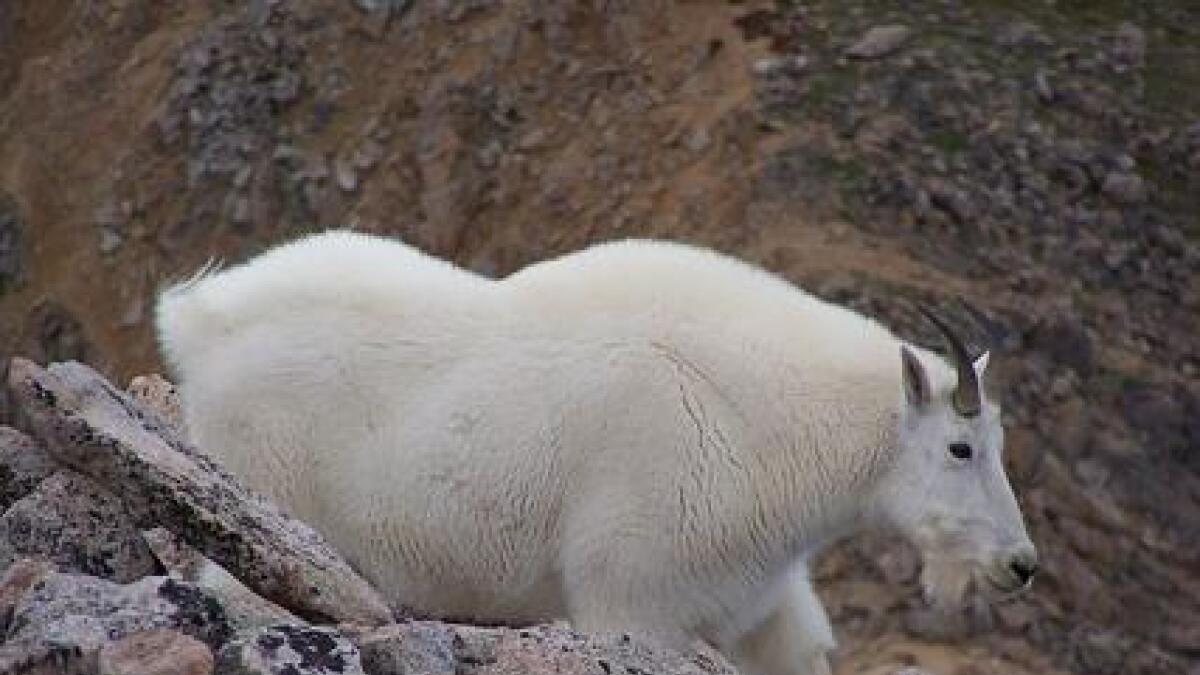 Rising temperatures are threatening the habitat of the American mountain goat, such as this one seen on Colorado’s Mount Huron.
Courtesy of Robert Shepherd/Wikimedia Commons

DENVER – The American mountain goat has been called the greatest mountaineer the peaks ever have known, but now that high altitudes are warming – at a rate two to three times faster than the rest of the planet – the animals’ future is less than certain.

Bruce Smith, a wildlife biologist and author, spent three years studying the mountain goat and its habitat. He said the changing climate is also changing the rules of the game for animals that live on what he calls “islands in the sky.”

“They come down in the wintertime, because of snow, to lower winter ranges,” he said. “But much of the year, they’re in the subalpine and alpine zones – so, in a sense, they can’t go any higher.”

Smith said mountain goats’ adaptations definitely are for cold weather, citing their striking, heavy, two-layered coats. Despite the intrinsic dangers that come from living on icy ledges, Smith noted that they have carved out their own special niche over time, even as they compete for limited food supplies with wolves, bears, cougars, wolverines and eagles.

Smith has won two National Outdoor Book Awards for his book, Life on the Rocks: A Portrait of the American Mountain Goat. He said he wrote it to alert people to the challenges that alpine species face living atop a warming planet and to introduce what he sees as the most mysterious of North America’s large mammals.

“I always tell people even though mountain goats live at a pretty slow pace, if you spot one, spend some time watching it,” he said. “Eventually, it will do something fascinating.”

Smith got a chance to work alongside most of the large mammal species that roam the western United States during a 30-year career with the U.S. Fish and Wildlife Service.