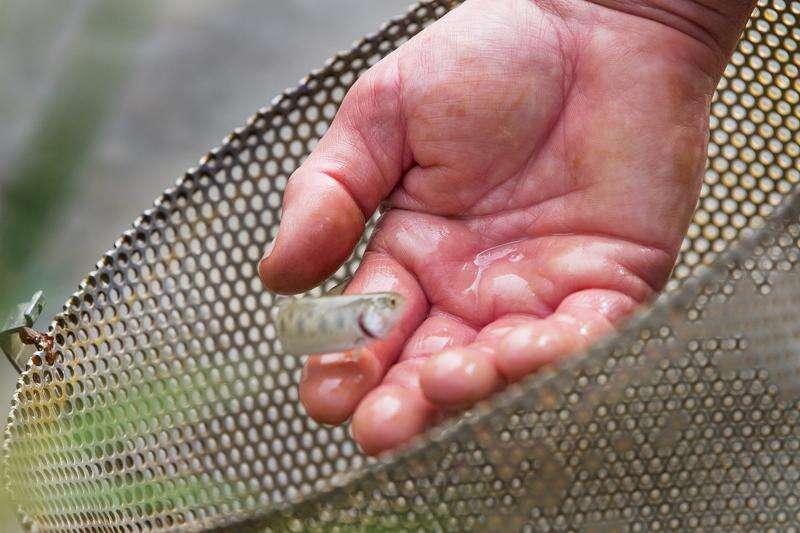 A fingerling trout removed Tuesday from a trap leaps from the hands Jim White, an aquatic biologist with Colorado Parks and Wildlife. It was shown to Gov. John Hickenlooper as he toured the Animas River.
Shaun Stanley/Durango Herald 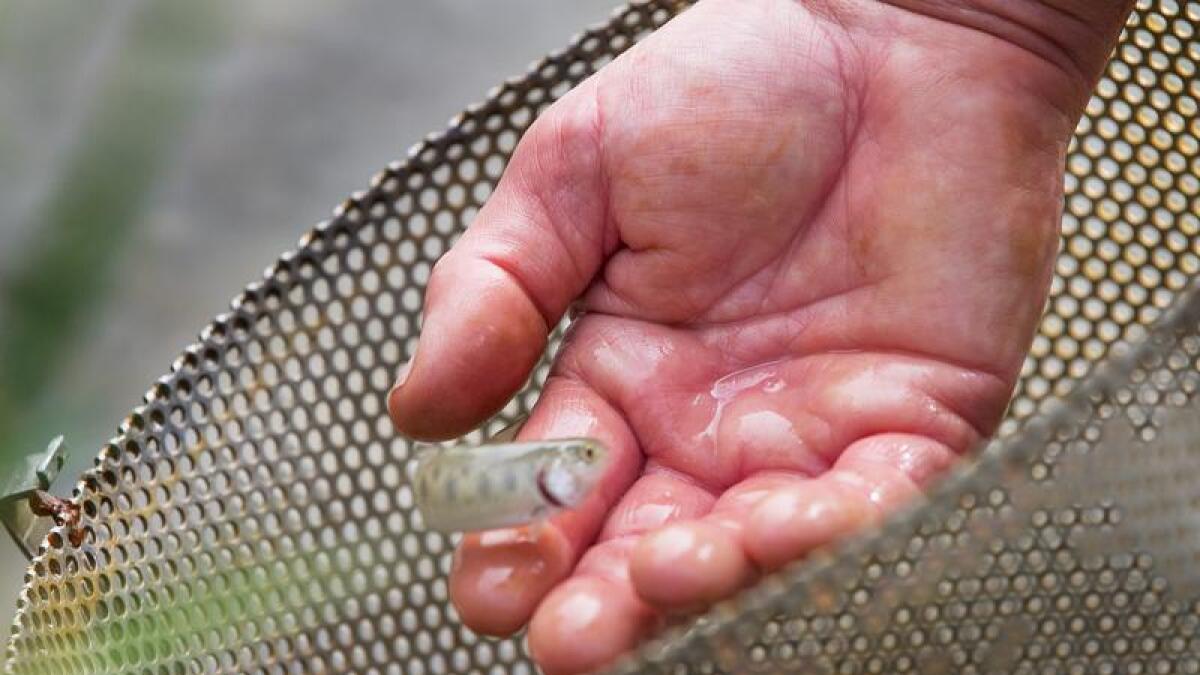 A fingerling trout removed Tuesday from a trap leaps from the hands Jim White, an aquatic biologist with Colorado Parks and Wildlife. It was shown to Gov. John Hickenlooper as he toured the Animas River.
Shaun Stanley/Durango Herald

Call them the little fish that could.

Colorado Parks and Wildlife placed 108 fingerlings – measuring 1½ to 2 inches in length – in the Animas River on Wednesday, well before the mustard-yellow plume arrived in Durango.

The rainbow trout endured tainted waters until Tuesday, when they were removed from the river, frozen and shipped to Denver for analysis.

In the absence of scientific data, the agency wanted to see if the fish would survive the polluted waters. Biologists checked on the three cages several times a day. With the exception of one that died immediately from unrelated causes, all the fish survived, said Joe Lewandowski, spokesman for Colorado Parks and Wildlife.

Biologists will dissect the fish and look for metal accumulation in tissue and internal organs. Test results are expected to take two weeks.

It is important to remember that mines have been leaching heavy metals into the waterway for more than 100 years, Lewandowski said.

While the blowout at the Gold King Mine unleashed a jolt of metals, it was fast-moving and won’t deposit a uniform blanket of heavy metals on the riverbed, he said.

“We’re not trying to downplay this,” he said. “This is something we’re taking very seriously and will continue monitoring for months to come.”

Earlier Tuesday morning, Gov. John Hickenlooper, wearing dress boots, carefully walked down a steep dirt slope at the hatchery operated by Colorado Parks and Wildlife, where he saw the fingerlings.

“I don’t think anybody knew what was going to happen, and like all of us, we have a tendency to guess what might happen when we don’t know the answer,” said Patt Dorsey, regional manager for Parks and Wildlife. “There’s nothing like hard data to disprove a beautiful theory.”

As of Tuesday, Colorado Parks and Wildlife was unaware of any fish die-offs as a result of the contaminated water.

“It was such a quick event that we don’t expect problems,” Lewandowski said. 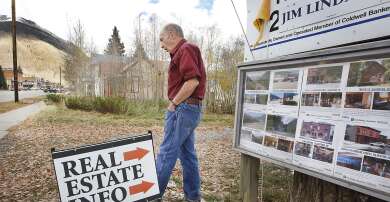 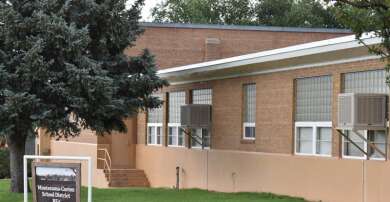