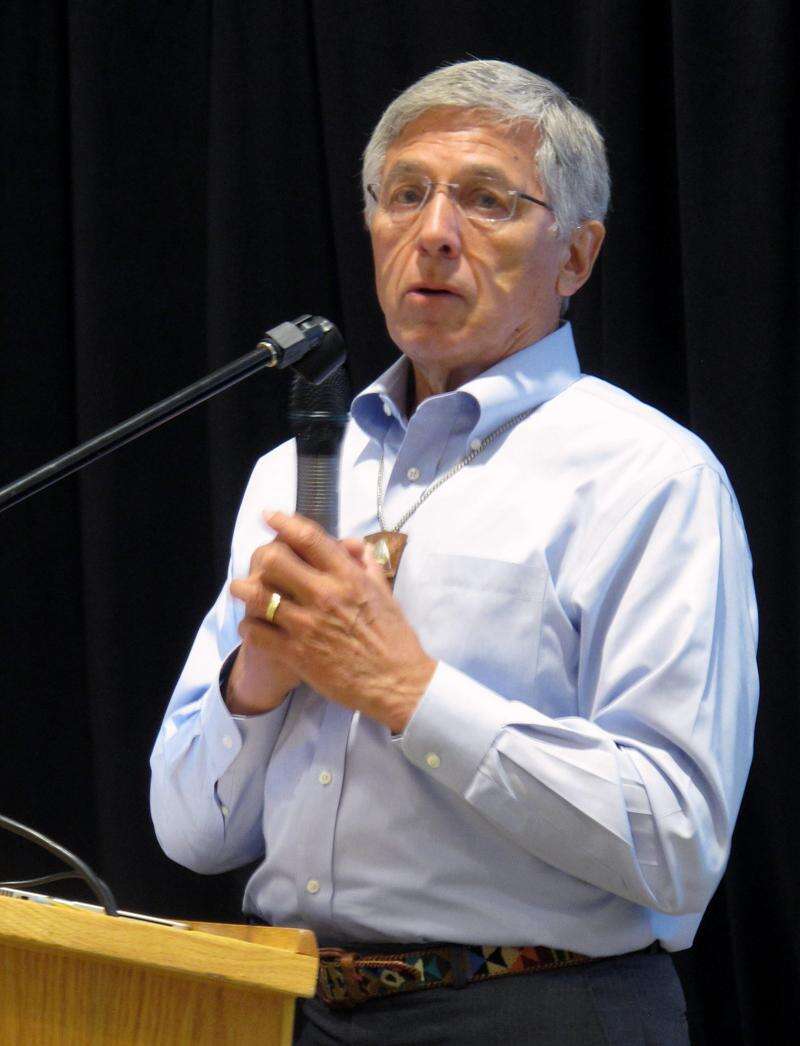 Alaska Lt. Gov. Byron Mallott speaks during a meeting on trans-boundary water issues with Canada on Thursday in Juneau, Alaska. The potential for mining development in British Columbia has some conservationists, tribal organizations, fishermen and others across the border in southeast Alaska concerned about possible impacts on rivers that flow into the state from Canada.
Becky Bohrer/Associated Press 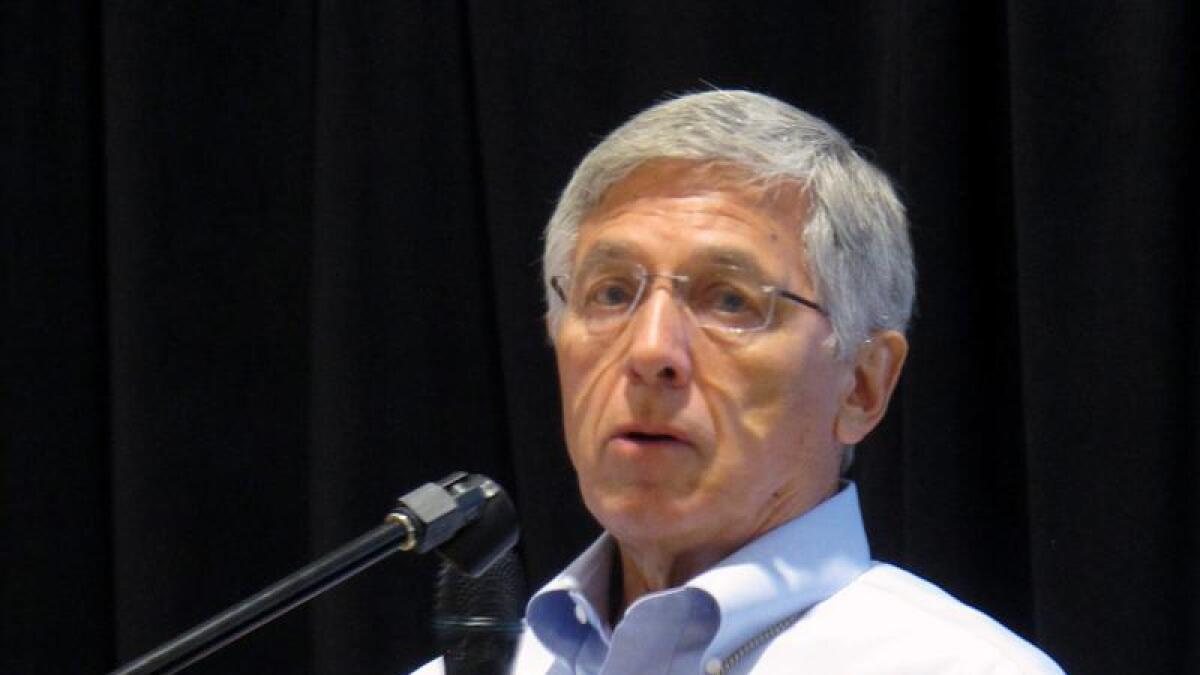 Alaska Lt. Gov. Byron Mallott speaks during a meeting on trans-boundary water issues with Canada on Thursday in Juneau, Alaska. The potential for mining development in British Columbia has some conservationists, tribal organizations, fishermen and others across the border in southeast Alaska concerned about possible impacts on rivers that flow into the state from Canada.
Becky Bohrer/Associated Press

JUNEAU, Alaska – A provincial map showing the planned or potential mining activity in British Columbia is so pocked that Alaska Lt. Gov. Byron Mallott says it looks like it has the measles. It’s the cluster of dots in northwest British Columbia – including a prospect billed as one of the largest undeveloped gold projects in the world – that has many residents across the border in southeast Alaska on edge.

While it’s not clear how many of the projects ultimately may become mines – many are only in exploration – last year’s failure of a mine-waste storage facility in another part of British Columbia heightened fears about how development near Alaska’s shared border with the province could impact salmon-bearing rivers and streams that flow into southeast Alaska.

Currently seven major projects have potential trans-boundary implications. One is the Red Chris copper and gold mine, upstream from the Alaska towns of Wrangell and Petersburg, which received final permits in June. It’s owned by Imperial Metals, which also owns Mount Polley Mine, the site of last August’s tailings dam breach that sent water and mine-related materials into waters near the mine. Activists in Alaska said the incident showed that dams can fail.

Conservationists, Alaska Natives and fishermen are among those who want Alaska to have a greater say in Canadian permitting decisions for projects that could impact waters flowing into the state.

“We need some vision, and the vision needs to include values,” said Frederick Olsen Jr., tribal vice president with the Organized Village of Kasaan. “We need to establish amongst ourselves, Alaskans and British Columbians, what’s right. What kind of future are we going to have?”

Some groups want an international commission to review the planned developments and how they could impact Alaska’s downstream waters. British Columbia’s mine-by-mine approach to permitting provides little by way of analyzing the long-term cumulative impacts of development, said Chris Zimmer, Alaska campaign director for Rivers Without Borders, one of the groups calling for the commission’s involvement.

Mallott, who works on trans-boundary water issues within Alaska Gov. Bill Walker’s administration, said the state hasn’t clearly articulated what it would want the commission to do. And even if such a request were made on Alaska’s behalf by the U.S. State Department – such requests are to come from the national government – the International Joint Commission, comprised of three commissioners each from Canada and the U.S., has not undertaken a study without an agreement from both countries, said David LaRoche, who worked for the commission for 17 years. He is now a consultant who has worked on the trans-boundary mine issue with the organization Salmon Beyond Borders.

The Canadian mine issue hasn’t garnered the same level of national attention as the proposed Pebble Mine, near the headwaters of a world-premier salmon fishery in southwest Alaska. But the rivers of concern with development in Canada – the Taku, the Stikine and the Unuk – are “the lifeblood of southeast Alaska,” with communities, such as Petersburg, dependent on those fisheries, Zimmer said. Salmon are also important to the way of life of Alaska Natives.

Lindsey Bloom, a board member for United Fishermen of Alaska, called the situation unprecedented given the number of potential mines involved, the international issues at play and that Alaska “is in this position of assuming all the risk, and Canada is in this position of retaining all of the economic benefit.” Time is of the essence in seeking protections for Alaska, she said.

A spokesman for British Columbia’s ministry of energy and mines, David Haslam, said in response to questions by email that the International Joint Commission was established to deal with cases in which a state and province, after trying, find they cannot work together on a trans-boundary issue. That isn’t the case here, he said.

“We are working well together, though we obviously have more to do to generate confidence in the collaboration,” Haslam said.

Biden to the nation and world: ‘America is rising anew’