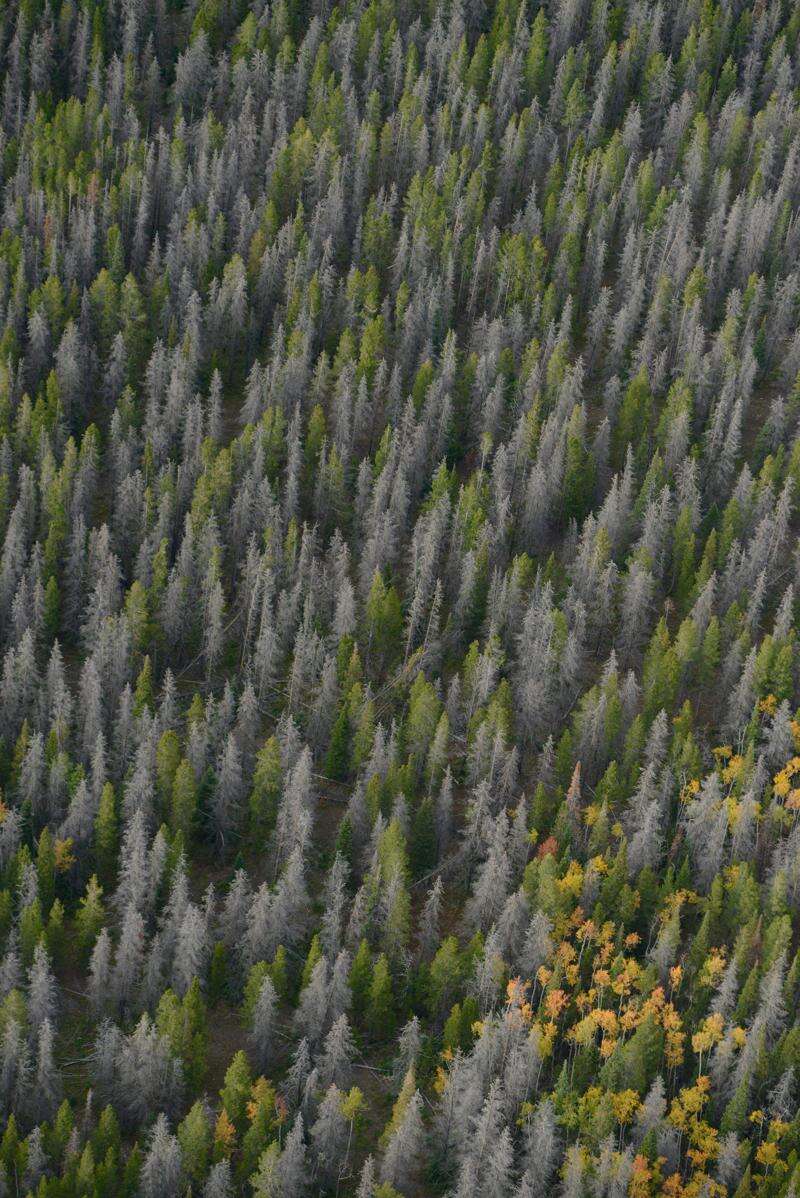 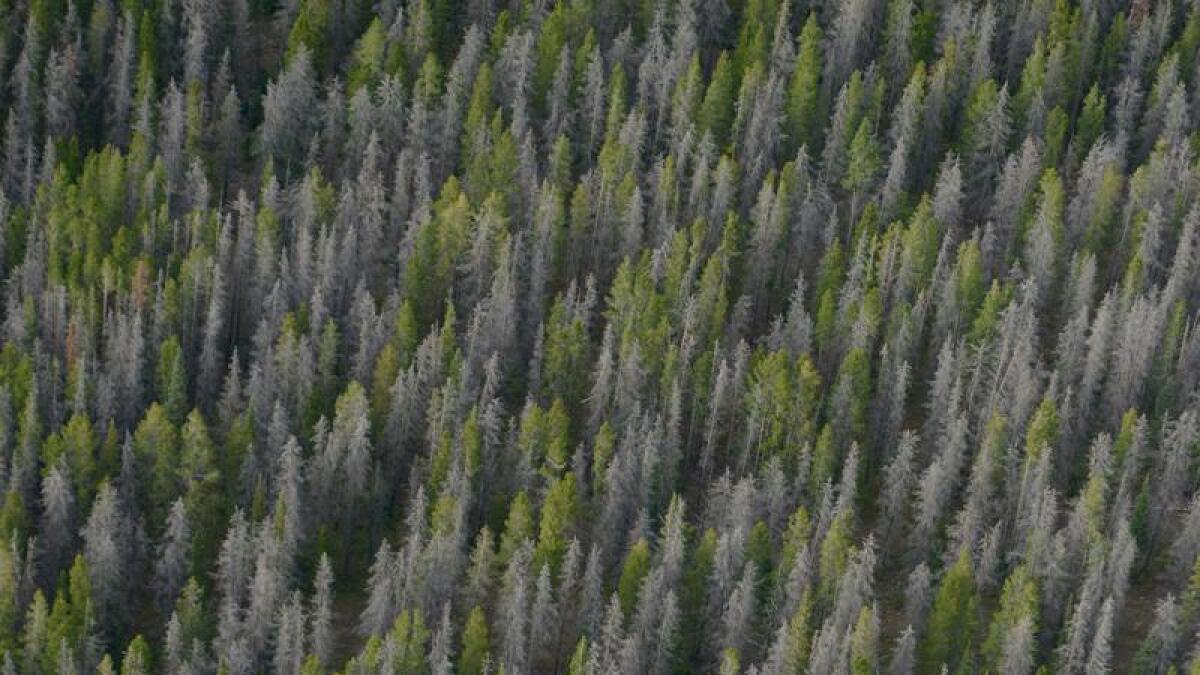 DENVER – The mountain pine beetle epidemic that ravaged Colorado’s lodgepole pines for two decades is over because most of the vulnerable trees are dead, but a second bug that attacks spruce trees is still spreading, forestry experts said.

The U.S. Forest Service and Colorado State Forest Service conduct an aerial survey of the state’s trees every year, and the 2015 survey was released recently.

It showed the mountain pine beetle has returned to pre-epidemic levels after attacking more than 5,300 square miles of forest since 1996, leaving large swaths of forest a dull reddish-brown.

The epidemic subsided because few vulnerable trees were left for the beetles to infect, the survey found. The beetle primarily attacks tall, slender lodgepole pines, but it also got into larger ponderosa pines.

Lodgepoles are resilient, and seedlings are growing amid the beetle-killed trees, said Bob Cain, an insect expert with the U.S. Forest Service.

“Lodgepole regenerates very quickly when you get sunlight on the forest floor,” he said.

A related insect, the spruce beetle, attacked another 285 square miles of spruce trees last year for a total of 2,500 square miles since 1996. That was a smaller increase than the year before, but Cain said it’s too early to tell whether the epidemic has peaked.

The spruce beetle epidemic will not likely cover as big an area as the mountain pine beetle because spruce forests are more widely separated than lodgepole forests, he said.

Spruce forests may recover more slowly than lodgepoles because spruce prefer shade and don’t do as well in the direct sunlight of a dead forest, Cain said.

Persistent drought in the early 2000s contributed to both outbreaks by weakening the trees and making them more vulnerable, he said.

The survey showed aspen trees are doing well after suffering setbacks in the drought, Cain said.

Caterpillars and moths ate the leaves of some aspens last year, but they usually aren’t fatal, and they strike early enough that the trees can produce new leaves, he said.

Local food will be focus of Green Business Roundtable