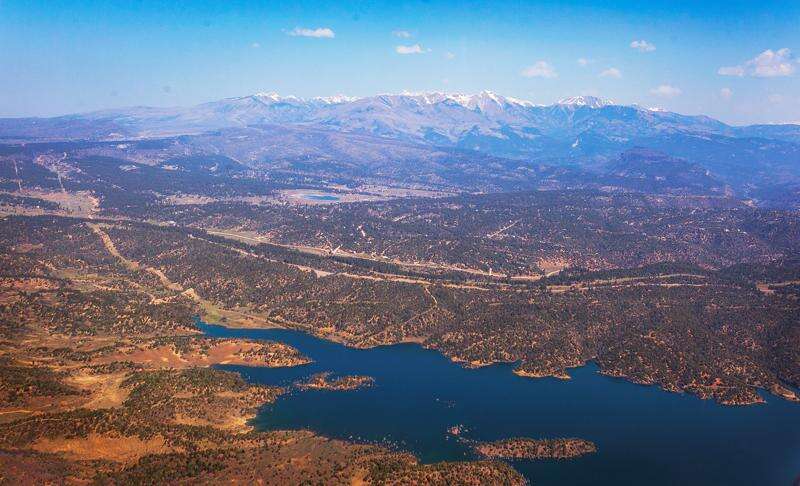 After three years of negotiation, a district court judge signed a decree this week approving a settlement over water rights to the Animas River. Water from the river is stored in Lake Nighthorse.
Shaun Stanley/PBS NewsHour 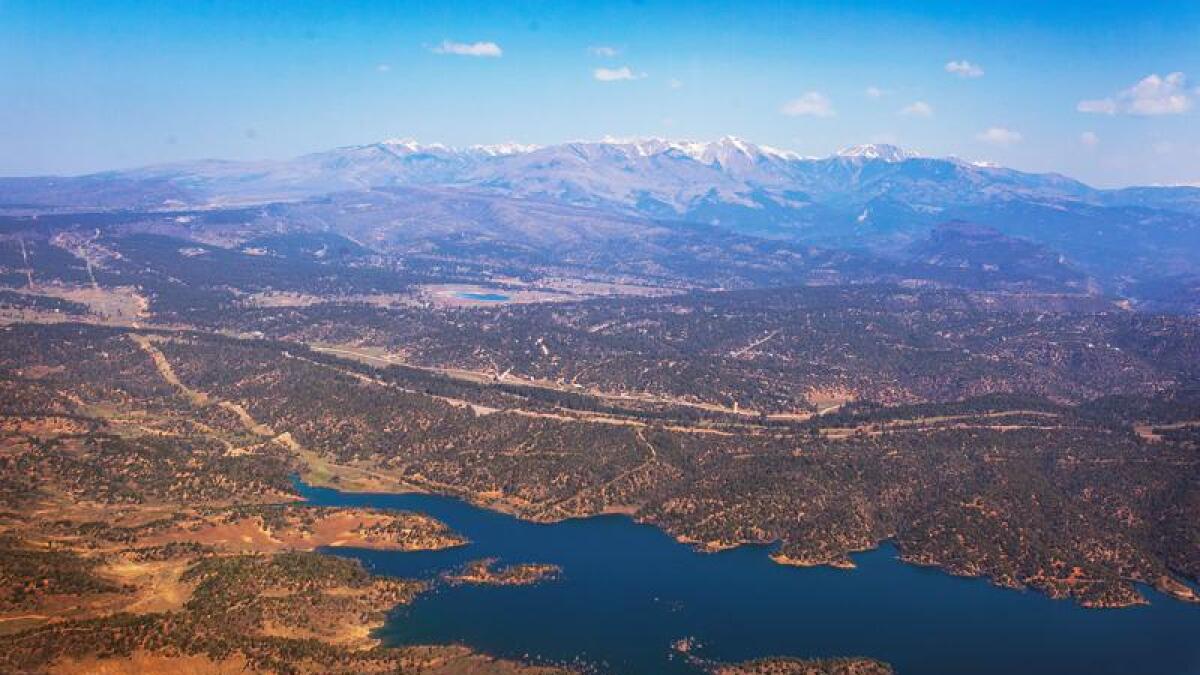 After three years of negotiation, a district court judge signed a decree this week approving a settlement over water rights to the Animas River. Water from the river is stored in Lake Nighthorse.
Shaun Stanley/PBS NewsHour

A settlement over diversion and storage rights to Animas River water was rubber-stamped this week, ending more than two years of negotiations and laying the groundwork for regional entities to develop water projects.

The decree, signed by Chief District Judge Gregory Lyman, effectively divides a large water right between the Animas-La Plata Project and the Southwestern Water Conservation District. It assures municipal and industrial use of water for the project and allows the conservation district to continue its pursuit of providing irrigation to La Plata County’s Dryside.

“How much does the project really need? Of course, the entities involved disagree,” said Russ Howard, general manager of the Animas-La Plata Operation, Maintenance and Replacement Association – which manages A-LP. “We need to operate effectively, efficiently and economically. This finally puts to rest how much water will be available for this project.”

Legal negotiations began in 2013 when the Southwestern Water Conservation District filed a diligence application in water court, as the district has done every four to six years since 1966, to prove it was planning to develop its conditional water right. A conditional water right is one that is not developed; a water right becomes absolute when it is put to beneficial use.

When that happened, stakeholders in A-LP, including the Southern Ute and Ute Mountain Ute tribes, the San Juan Water Commission, the La Plata Conservancy District of New Mexico and the association, objected, while negotiations continued around the amount of water to be dedicated to the A-LP.

The project, in northwestern New Mexico and southwestern Colorado, was authorized by Congress in 1968 to divert and store water from the river for tribes, municipalities and water districts. About two-thirds of the water is designated for the Southern Utes and Ute Mountain Utes.

But environmental and economic complications greatly downsized the project; the Colorado Ute Settlement Act Amendments of 2000 resolved tribal water claims, but also resulted in the removal of the agricultural irrigation component originally built into the project.

“When the project was downscaled from what it was originally envisioned and infrastructure was removed from the legislation, there were unanswered questions about how much water was necessary,” said Bruce Whitehead, executive director of the Southwestern Water Conservation District.

Now, under the decree, the conservation district turned over a large portion of its former right to 600 cubic feet per second in the spring. The district retained conditional rights to 100 cfs April 1 to June 30, while the project has the rights to 500 cfs during that same time period. Water flow during these spring runoff months varies heavily, ranging from 3,000 cfs to 6,000 or 7,000 cfs at its peak.

The change permits stakeholders to chase water ventures, including ways for A-LP members to take direct diversions from the Animas River, which would be more efficient than pulling from Lake Nighthorse.

Whitehead admitted that irrigating the Dryside of the county isn’t economically feasible now, but it remains the district’s dream.

“Lots of folks are not satisfied with the reduced project. Users on the La Plata River would have had irrigation water,” he said. “We’ll continue to build partnerships.”