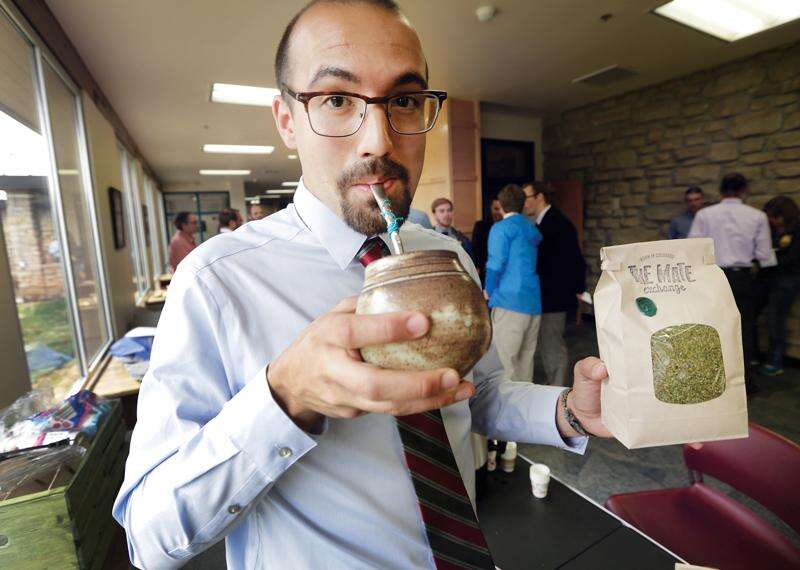 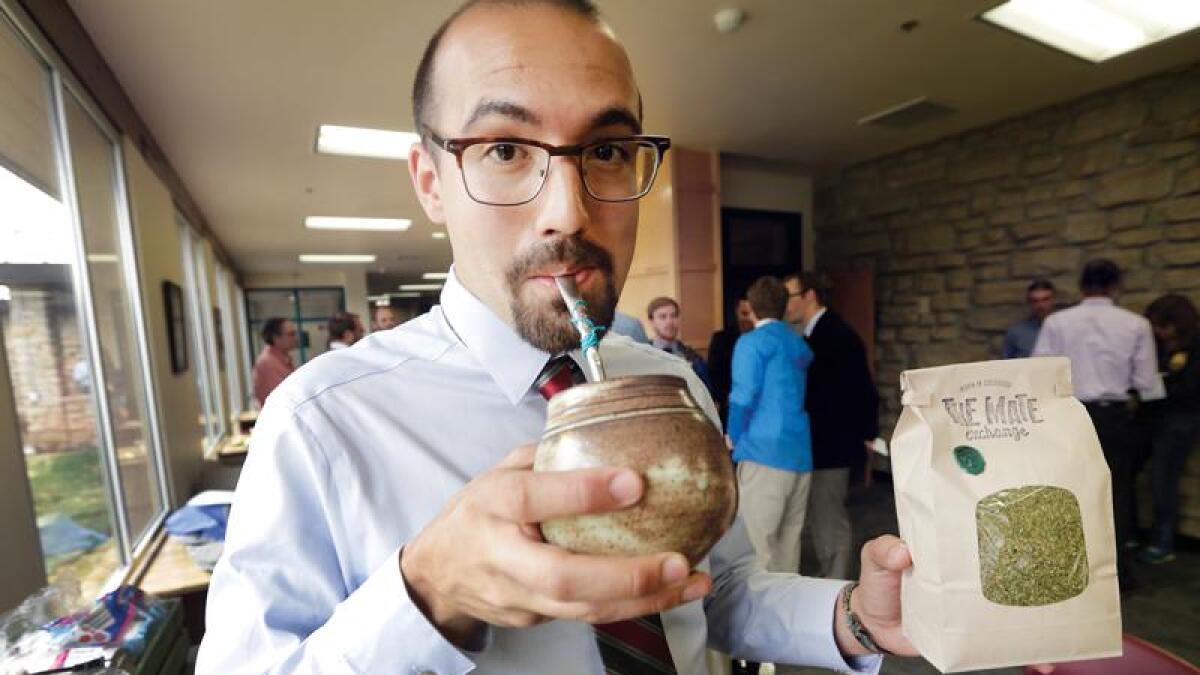 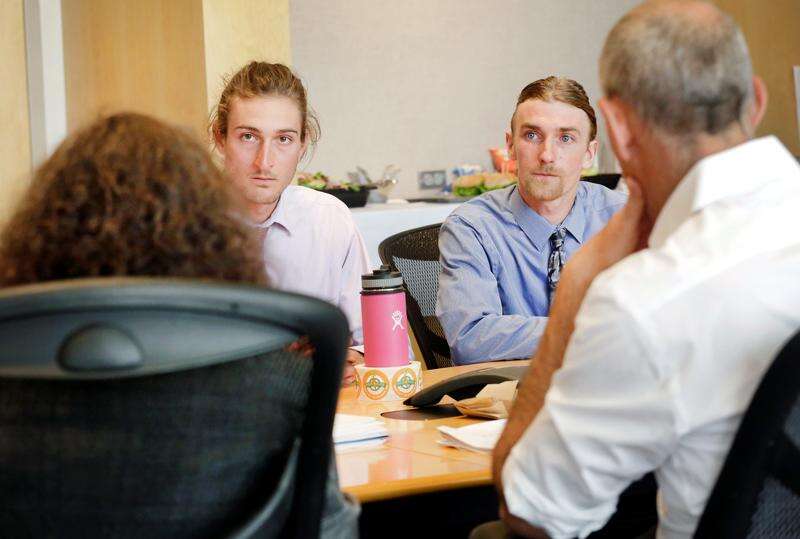 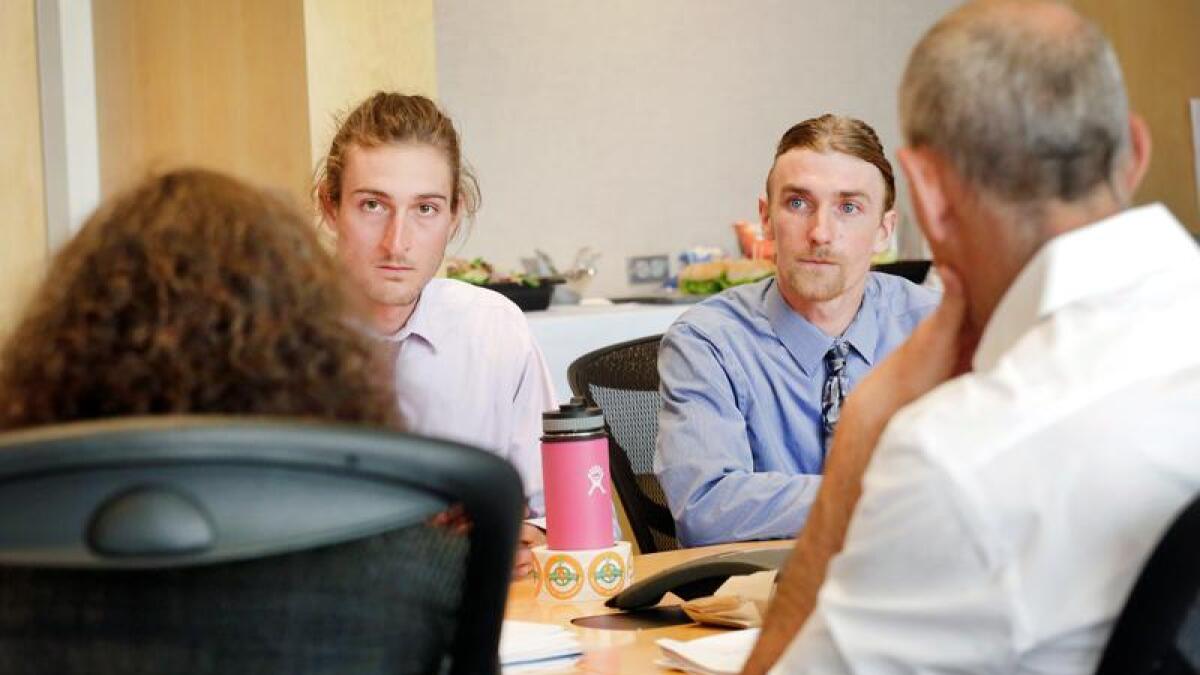 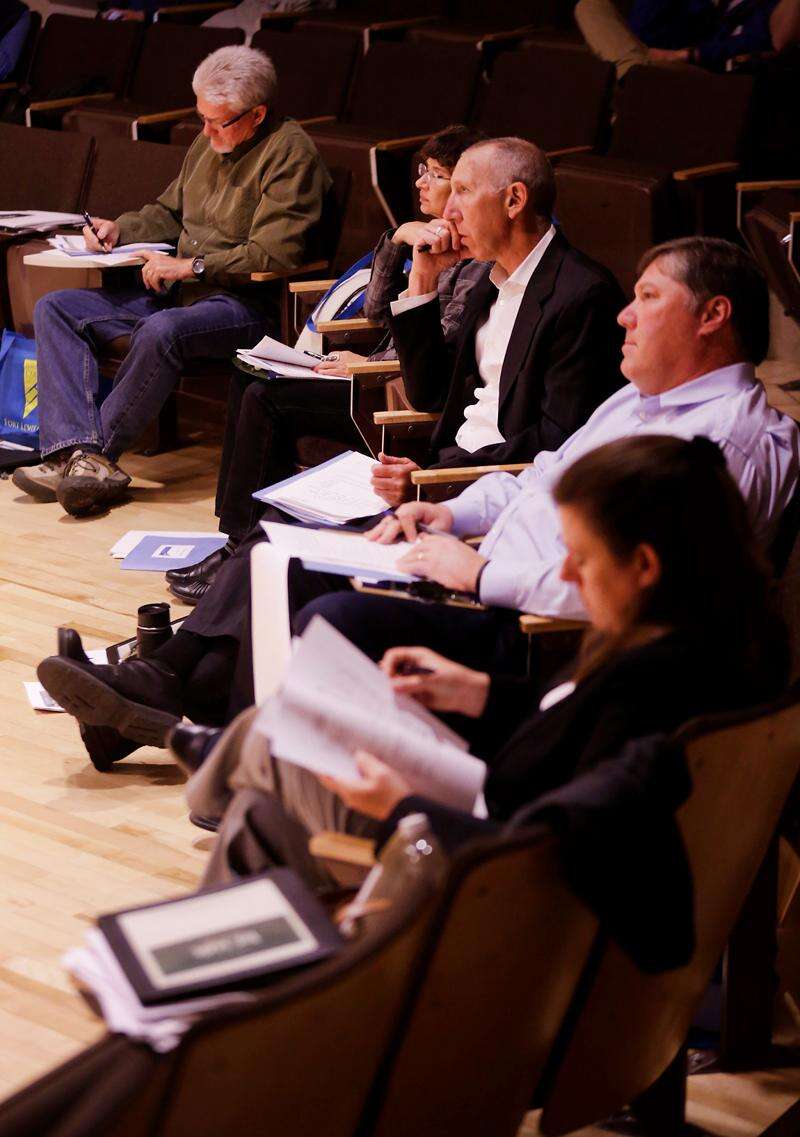 Fort Lewis College Hawk Tank judges listen and ask questions on Saturday during the semifinal round of the competition.
Jerry McBride/Durango Herald 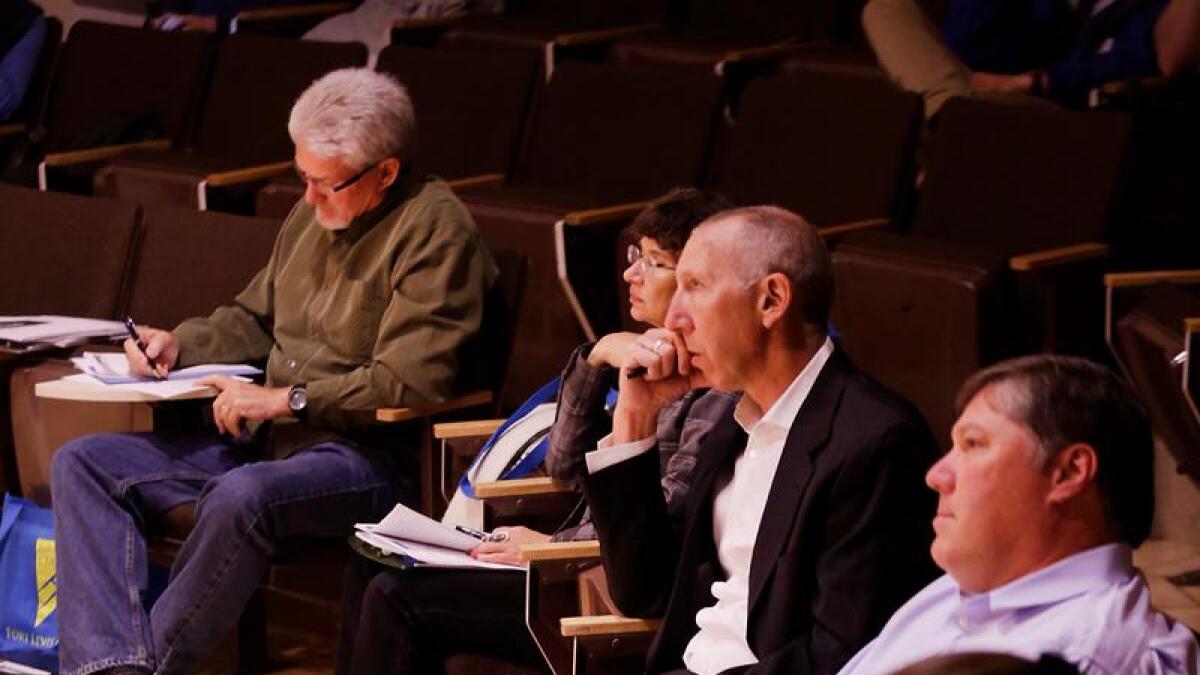 Fort Lewis College Hawk Tank judges listen and ask questions on Saturday during the semifinal round of the competition.
Jerry McBride/Durango Herald

From loose leaf tea to drone services, the business ideas competing for cash at the Hawk Tank finals Saturday represented a wide range of passions.

The Fort Lewis College competition was styled after “Shark Tank,” and like the TV show, it brought out ambitious entrepreneurs who faced a tough panel of judges.

The Mate Exchange, a yerba tea company, won first and took home $5,000. Second place and $2,500 was awarded to Fields to Plate, a small-scale farm.

Hawk Tank marked the first time the college opened a business-plan competition up to all majors and recent alumni. As a result, the contest attracted 43 teams, more than double the expected participates, said Prof. Michael Valdez, the organizer.

“I have been overwhelmed ... It further confirms the entrepreneurial spirit of Fort Lewis,” he said.

A panel of five local experts grilled the top-10 teams in the semifinal round Saturday, pressing them on their competition and pointing out gaps in their plans. In the afternoon, the field was narrowed to five teams, with each then attending a closed question-and-answer session.

Some teams came into the competition with zero business background, but competitors brought expertise from a wide range of majors, from biology to economics.

“I think diversity made it stronger,” Valdez said.

For those without a business background, the college provided workshops on business plans and marketing and paired interested teams with mentors from the community.

One of the chief goals of the contest is encouraging new local business, Valdez said.

The top two teams are already establishing themselves in Durango and have concrete plans to grow.

The Mate Exchange has been selling loose leaf yerba tea for six months. It is also marketing the traditional cups and bombillas, or metal straws, used to drink the tea.

The founder of the company, Giancarlo Vigil, an FLC alumnus, returned from a trip to Argentina with no intentions of starting a business.

“Really what I wanted to figure out was where to get cheap yerba,” he said.

He loves the tea from South America because it provides sustained energy without the crash that follows coffee and energy drinks, he said.

When he couldn’t find good quality yerba tea, his business was born and he started educating fellow students about the tea.

“We’re actually really gaining quite a bit of momentum,” he said.

His team of five hopes to start selling the tea in Durango Natural Foods soon.

Fields to Plate is a small-scale farm that raises produce for direct buyers, local farmers markets, restaurants and the 9-R School District.

The founders, Max Fields and James Plate, got their start through the Market Garden Incubator Program at the Old Fort in Hesperus

The two recently achieved organic certification through the United States Department of Agriculture and plan to sell to Natural Grocers.

FLC alumni Aaron McDowell and Anthony Reinert made it into the top five with a business plan focused on using drones to monitor pipelines and other equipment for oil and gas companies. Their business, Alatum, could save the companies time and money, they told the judges.

Neither McDowell nor his partner, Reinert, have a degree in business, and they attribute part of their success in the competition to the mentorship of local entrepreneur Steve Ruddell.

“I think it was critical in being as successful as we have and getting this far,” McDowell said Friday.

To develop their concept further, the team plans to apply to the next round of the Southwest Colorado Accelerator Program for Entrepreneurs, a business incubator program.

They also want to make sure a member of their team has a pilot’s license so one of them can be qualified to operate a drone.

What are Durango businesses doing to win you over?

What are Durango businesses doing to win you over?
MENU
SEARCH
SIGN IN